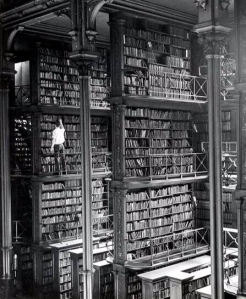 “What do you write?”

A simple question, and the first most people ask when you tell them you’re a writer. Crime fiction, I say. But they usually want to know more. That’s where it can get tricky. From the start, I called my first book a psychological thriller. It’s how I pitched it to agents a couple years ago. After hearing the plot, one asked me, “Are the main characters gay?” “All of them except the dog,” I said. Her quick forced smile told me she was neither amused nor interested. I moved on.

Should I have said upfront it was a gay thriller? Was the gay aspect a reason another agent expressed concern about “our ability to sell this work”? As I thought about it, gay protagonists did seem a rarity in current mainstream crime fiction. In Jonathan Kellerman’s popular Alex Delaware series, the gay cop is almost a sidekick. What about other genres? And next I’m shifting gears with a ghost story, but the same main character. Switching genres within a series and a gay hero? Was I insane?

Some of these issues were addressed in New Orleans last month at the Saints and Sinners Literary Festival panel When Genres Collide: The Pros and Cons of Queer Category Labels. The moderator was award-winning mystery author and journalist John Morgan Wilson, and the four panelists represented a wide array of genres.

The session began with a sad tribute to America’s oldest gay bookstore. Founded in 1973, Giovanni’s Room in Philadelphia closed its doors on that very day. Yet another manifestation of the current flux in publishing, with the rise of Amazon, eBooks, and self-publishing? In traditional bookstores still open, the “rainbow flag” sections are disappearing, noted Ford, who began writing his My Queer Life series in the mid-90s. “And on the Internet there’s so much. Genre labels are important for marketing and can help readers find books. But nothing will replace individuals hand-selling books.”

“I write humor and that’s not even considered a genre,” quipped Byrnes. “I didn’t intend to write a gay romance,” he said of his 2002 debut The Night We Met. But that’s how his publisher sold it. A quick look at the plot reveals a story with more comedy than usually found in romance fiction. “Story is what you want to say,” Ford added. “And plot is how you choose to say it.”

All genres are subject to rules and conventions. But sometimes a gamer-changer comes along. Wilson mentioned Patricia Highsmith’s The Talented Mr. Ripley, which turned the mystery genre on its head by revealing the killer from the start. “Fantasy readers expect a strong story arc,” explained Wright. “Also, somebody’s gotta wear velvet and somebody’s gotta use a sword.” She also confessed to using caution when revealing her main characters as lesbians at fantasy conventions in conservative parts of the country.

On the question of jumping genres, Byrnes said it could be difficult for readers. (I couldn’t help but wonder if this applied to a writer that didn’t have any readers yet.) Ford, who has won awards in numerous genre categories, talked about the importance of branding. As for his own genre switching, he referred to it as “a double-edged 22.” What publishers usually want is for you to “do it again in blue.” That doesn’t appeal to all writers. “I like to twist genres,” admitted Holly, who writes “totally out-there” fantasy books. As for being “pigeon-holed” into gay fiction, he cited tremendous support from his publisher Bold Strokes Books.

In a recent interview, Pulitzer Prize winning author Michael Cunningham described his vision of a “post-gay fiction era” – in which sex and sexuality are simply facets of character’ lives. “I’ve never written a novel about the deep fascination of a 23-year-old gay man with a perfect body and an IQ of 85. I will never write that character. And that’s the kind of thing that has traditionally marked ‘gay’ fiction.” I understand Cunningham’s point. I’ve read those books, too. But I don’t write them, and based on what I’ve read recently, I think he may be out of touch with current LGBTQ fiction – in its multitude of genres.

At the Lambda Literary Awards earlier this week, genre king Michael Thomas Ford was honored with the Outstanding Mid-Career Novelist Prize, along with author and Bold Strokes Books publisher Radclyffe – my publisher, I’m proud to say! Nine fellow BSB authors were Lammy finalists in six different categories, with Andrea Bramhall’s Clean Slate taking the award for Best Lesbian Romance. So not only am I in fine company, I’ve a feeling my genre identity crisis has been resolved – at least for the time being.

The Lammy Awards ceremony began with a video compilation of readers and writers who responded to Lambda Literary’s project A LBGTQI Book Saved My Life. (Click Here for Video) The range of stories reflects the diversity of LGBTQ literature. Though I didn’t see a crime novel mentioned, I was reminded of something John Morgan Wilson said at the genre panel. After writing seven books in his Benjamin Justice Series, putting his protagonist through ever more harrowing experiences, he received a letter from a 17-year-old reader who asked, “Are you ever gonna let him be happy?” Wilson took the question to heart and ended the series on an upbeat note. Who knows? Maybe a gay mystery novel has saved a life.