(Click on Titles for links to Audio via Radio Netherlands Archives) 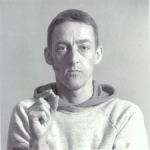 A Train to Sachsenhausen

Haunting documentation of the persecution of homosexuals in Germany during the Nazi regime. 2001 Seigenthaler Excellence in Audio Award, National Lesbian and Gay Journalists Association. Original broadcast June 2000 in the series Aural Tapestry.

Author Dale Peck’s book What We Lost intersected with my own family history. Two upstate New York dairy farms in the late 1950s are separated by memory and imagination. Original broadcast December 2003 in the series Vox Humana.

Bev Ditsie was 17 when she first met Simon Nkoli, founder of South Africa’s first gay and lesbian organization: GLOW.  Simon became her mentor, her role model and, most of all, her friend. Bev’s rise from a lonely childhood in Soweto to becoming a media celebrity and the first lesbian to address a UN conference is a remarkable story of courage and commitment. Her first documentary film was a homage to Simon, who died in 1998. Original broadcast December 2003 in the series Vox Humana.

Song of a Troubled Heart

Gustav Mahler considered Das Lied von der Erde his most personal work, but the composer suffered from serious depression. In 1910, he traveled to the Netherlands to consult with Dr. Sigmund Freud. Original broadcast January 2005 in the series Vox Humana. The program was a Finalist at the New York Festivals and the Prix Marulic Radio Festival in Croatia.

One August morning in 1945 Keijiro Matsushima sat in math class in Hiroshima. One June morning in 2005 a high school English class in Amsterdam is reading a novel about Hiroshima. They are the same age that Matsushima was 60 years ago. How will they react when they hear his story? This program was originally broadcast in August 2005 for the series Vox Humana. (Note: Mr. Matsushima passed away in November 2014 at the age of 85.)