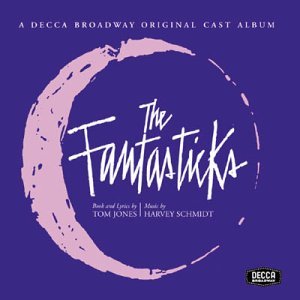 “You wonder how these things begin…” muses El Gallo, the handsome narrator in The Fantasticks, the world’s longest-running musical. (The original off-Broadway production opened in 1960 and ran for 42 years, so Les Mis and Phantom don’t even come close!) It was based on Edmond Rostand’s burlesque romantic comedy Les Romansques, which opened at the Theatre Francais in 1894 on May 21st – how’s that for serendipity? “You wonder how these things begin…”

This is not the post I intended to write today. Having just relocated myself from Amsterdam to northern New Hampshire for the summer, I thought I’d reflect on my arrival in the Netherlands 28 years ago this month, and how May is so often a transitional time for me. A flowers-that-bloom-in-the-spring-tra-la kind of piece. But first thing this morning, I saw this Tweet from the London bookshop Gay’s the Word:

I was directed to a new Facebook page: The Aggressive Homosexual Community. Apparently, Conservative MP and former defense minister Sir Gerald Howarth was speaking during the House of Commons debate on the same-sex marriage bill Monday. He opposed the bill, believing it would restrict freedom of speech for people who were opposed to same-sex weddings on religious grounds. Fellow Tory MP Margot James said that gay rights legislation had necessarily “leveled the playing field” to ensure “outrageous verbal aggression” directed at gay people would stop. But Sir Gerald suggested that gay rights had actually gone too far:

“I fear the playing field is not being leveled, I believe the pendulum is swinging so far the other way, and there are plenty in the aggressive homosexual community who see this as but a stepping stone to something even further.”

Despite years of championing gay rights, equality issues, AIDS activism, etc. on a local Amsterdam LGBT radio show, I’ve never considered myself an Aggressive Homosexual.  But I didn’t hesitate to click the Like button, joining 70 other Like-minded individuals. By the end of the day, I discovered that The Aggressive Homosexual Community page had grown more than twenty-fold with over 1400 Likes. You wonder how these things begin? This is how. 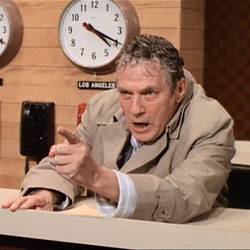 It reminds me of Howard Beale, the newscaster in the 1976 film Network, looking into the television camera and encouraging viewers to open their windows and shout out to the world, “I’m as mad as hell, and I’m not going to take this anymore!” Of course, that was a satirical film – even if it doesn’t seem like it today. In a similar spirit the Aggressive Homosexual Community has appropriated Sir Howarth’s comment in a clever tongue-in-cheek context.

However, I’m beginning to wonder if perhaps a more aggressive community is actually what is needed right now. Yes, marriage equality was recently achieved in France, despite hateful rhetoric and violent protests in Paris. Minnesota became the 12th state to legalize same-sex marriage in the United States, even as opponents strategize about what can be done to challenge the law. As we see more and more, changing laws is not the same as changing hearts and minds. 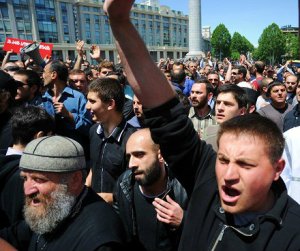 The progress being made for gay rights is being overshadowed by a rise in hate crime against the gay community. Last week on May 17th, the International Day Against Homo/Transphobia (IDAHO), even as United Nations Secretary-General Ban Ki-moon issued a statement of support, in Tbilisi, Georgia a crowd spurred on by religious leaders chased a small band of LGBT people off the streets. This past weekend, a gay man was shot and killed on the street near New York City’s Stonewall Inn. Yesterday the HuffPost Gay Voices editor Michelangelo Signorile wrote in a piece titled Equality’s Brutal Backlash:

“…many of us have been living with a false sense of security, intoxicated by the wins on marriage equality… It’s way too easy to grow complacent, fed by the desire to have the fight done with as well as by the seductive message of some in the media who’ve simplistically declared victory for the LGBT rights movement.”

Suddenly an Aggressive Homosexual Community doesn’t sound so tongue-in-cheek after all. Maybe it’s the beginning of something more, something more than political correctness and well-made messages (see below). I may find myself becoming an Aggressive Homosexual, but I prefer to end on a gentler note with another quote by El Gallo from The Fantasticks:

“There is a curious paradox that no one can explain, for who understands the secret of the reaping of the grain, who understands why spring is born out of winter’s laboring pain, or why we must all die a bit before we grow again?”

4 thoughts on “On Becoming an Aggressive Homosexual”